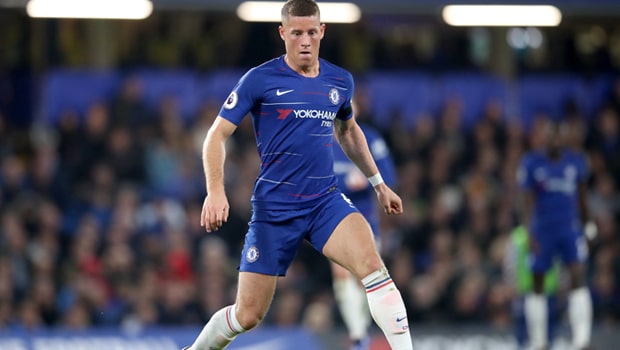 Chelsea star Ross Barkley says he is ready for a hostile reception when he prepares to take on former club Everton on Sunday afternoon.

Barkley left Goodison Park in January after an eight-year stay on Merseyside but the move did not go down well with the Toffees faithful. The 24-year-old made 150 appearances for Everton before completing a move to Stamford Bridge for £15million.

He has yet to face his former club since his move, but his game has improved under new boss Maurizio Sarri. Barkley will be determined to silence his critics but he admits he will get a tough reception.

In my living room I always used to tell my mum ‘one day I’ll score for Everton’ and when that happened it was unbelievable for me. I tried to achieve success there but sometimes these things happen in football.

“Coming to Chelsea was a big challenge for me. I was approaching 25 and I felt looking back I could have improved a lot more [at Everton].

“I’m not nervous, I’m excited to play against my former club and team-mates – I understand how some of them play, so that could be an advantage for me.”