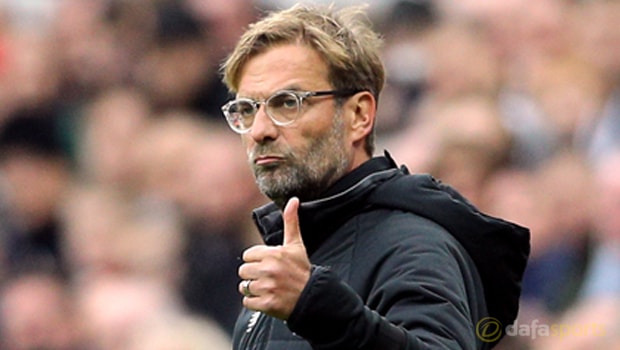 Jurgen Klopp said Liverpool can take confidence from the 7-0 Champions League win in Maribor – the Anfield club’s best away victory in European football.

Braces from Roberto Firmino and Mohamed Salah and further efforts from Philippe Coutinho, Alex Oxlade-Chamberlain, his first for the club, and Trent Alexander-Arnold saw Liverpool romp past the helpless Slovenian champions.

After one win in eight matches, a sequence in which Liverpool had created and wasted opportunities repeatedly, Klopp praised the composure shown in goalscoring moments.

“How we finished these situations was good, we were cool enough,” he said.

“Often this season we have been alone in the box and not relaxed enough to play the right pass, but this was different.”

Dealing with the rich history of Liverpool can be a burden at times, says Klopp, who wants his players to take belief from their own record-breaking efforts.

“It will give the players a lot of confidence,” he added. “I was told about the record after the game and I didn’t know about it.

“The wonderful history of this club can feel like a back-pack at times so it is nice to write our own good piece of the history.”

Klopp revealed before the game that Oxlade-Chamberlain, a £35m deadline-day signing from Arsenal, has been impressing him in training lately and he hopes his late cameo can kickstart the England midfielder’s Liverpool career.

“It will open his chest. It will help him a lot. He could have scored two,” he said.