Automatic promotion ‘the only focus’ for Villa 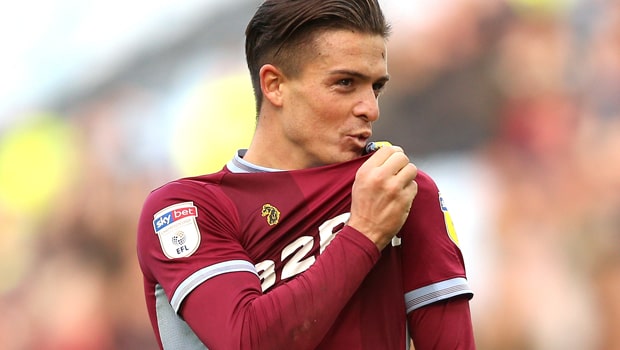 Jack Grealish insists automatic promotion from the Championship should be the only target in mind for everyone at Aston Villa right now.

The Midlands side have collected 13 points from the last 15 on offer, gaining valuable away-day successes at promotion rivals Derby County and Middlesbrough during that time.

Villa face a derby collision at West Brom on Friday night and Grealish is full of confidence about where their season is going under manager Dean Smith. “Automatic promotion is the target,” Grealish told Sky Sports.

“You look at our team here and that’s what we should be striving for.

“The players that we’ve got, even the guys that are coming off the bench and the people that are injured at the moment, we’ve got talent all around the squad.

“The only thing the staff and players are looking at is automatic promotion.”

Villa may be in eighth spot, but they are only nine points behind leaders Norwich City and will do themselves another big favour if they can get a win over third-placed West Brom at the Hawthorns.

He was heavily linked with Tottenham in the summer but Grealish says he had no trouble refocusing on his Villa career.

Now he wants to push on and fulfil another childhood dream by playing Aston Villa in the Premier League.

“I’m playing for my boyhood club, I’ve got a great manager who believes in me,” he added.

“If you look at our recent performances, we’re a team on the up and hopefully we can get back to the dreamland, which is obviously the Premier League.”