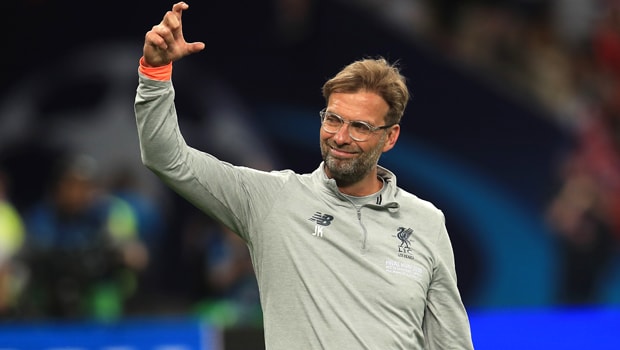 Jurgen Klopp has hinted that there may be further arrivals and outgoings at Liverpool before the close of the transfer window.

The Reds appeared to get all their transfer business concluded early with Naby Keita, Fabinho, Xherdan Shaqiri and Alisson all arriving well ahead of the start of the season, but Klopp has now indicated that he would be open to adding to his squad further before Thursday’s deadline.

“We will see what happens,” Klopp told Sky Sports, regarding any potential last-minute deals.

The former Borussia Dortmund boss has also confirmed that he expects players to head for the Anfield exit over the coming days, with forwards Divock Origi and Danny Ings emerging as the most likely candidates to depart.

Klopp went on to confirm that if he was the manager of any other club then he would be doing all he can to sign some of Liverpool’s fringe players.

“If any player from my team is available, then in every other situation in my life as a manager I would have bought all of them, to be honest,” the 51-year-old added.

“They are all fantastic boys, they are able to play fantastic football.”

Liverpool continued their pre-season preparations with an emphatic 5-0 victory over Napoli at the Aviva Stadium on Saturday and they appear well placed to challenge for a first league title since 1990 this term.

The Reds will kick-off the new campaign with a home match against West Ham next Sunday and they are priced at 1.30 to emerge from that contest with all three points, while the Hammers are available at 11.00 and the draw is on offer at 5.50.