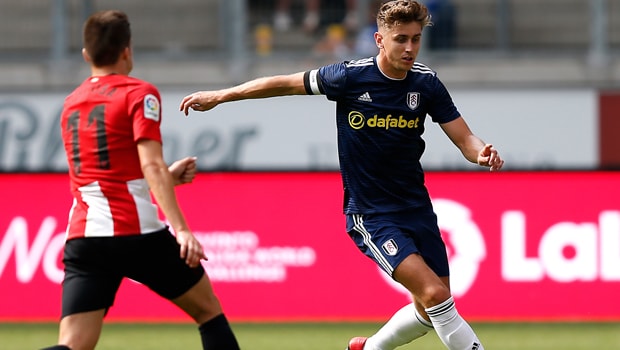 Fulham captain Tom Cairney is hoping his side can hit the ground running in the Premier League when they play host to Crystal Palace on Saturday.

The Cottagers are preparing for life back in the top-flight after a four-year absence and they will kick-off their campaign with a London derby against the Eagles next weekend.

Scotland international Cairney played a major role in Fulham’s promotion last season, as he scored the only goal of the game in their play-off final victory over Aston Villa.

The 27-year-old is now relishing the prospect of leading Slavisa Jokanovic’s out in the Premier League and he is hoping they can start on the right note against Palace, as that could set them up for a successful campaign.

Speaking to FulhamFCTV, Cairney said: “Hopefully we can pack the Cottage and get going. It will be a massive achievement.

I think it has been a few years since we were last there and I think the starting eleven will be buzzing to play and the bench will be raring to come on.

“It’s going to be a massive team effort throughout the season and we’re going to need everyone, including the fans, to get over the last this season.”

Fulham rounded off their pre-season preparations with a 2-2 draw against Celta Vigo at Craven Cottage on Saturday and Cairney believes that match was a good test of what’s to come in the Premier League.

He added: “We played against a top side, who played great football. That’s sometimes what we’re going to come up against this season – it was a tough test for us before the first game of the season, which is good.”

The Cottagers are priced at 2.38 to kick-off their campaign by beating Palace, who are available at 3.00, while the draw is on offer at 3.40.