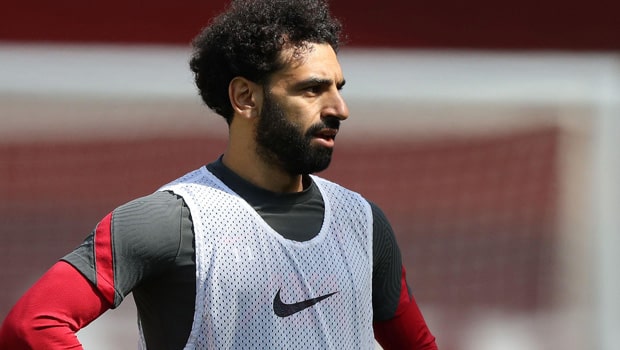 Liverpool manager Jurgen Klopp has hailed Egyptian forward Mohammed Salah as the best in the world after his performance on Saturday in the Reds emphatic victory over Watford.

Salah provided one and scored a spectacular individual goal in Liverpool’s 5-0 win in Claudio Ranieri’s first game in charge of Watford.

Jurgen Klopp while reliving the performance at the Vicarage Road stated that there isn’t a player better than Salah is currently.

“He is top. We all see it. Who is better than him? His performance was massive today. The pass for the first goal was great and the second goal was special. He’s the kind of player who can do these things for us,” Klopp said.

Salah has now scored in 8 consecutive games for the Reds currently topping the scorers chart with 7 goals and 4 assists.

The win puts Liverpool in second position with 18 points, one point behind Chelsea who currently top the table.

Claudio Ranieri’s start to life was not good at the end as his side dropped into 16th with 7 points from 8 games.

Liverpool will face Athletico Madrid on Tuesday in the UEFA Champions League while Watford faces Everton in the Premier League at the weekend.

Meanwhile, Chelsea kept their spot at the top of the table with a 1-0 win over Brentford while West Ham United scored a single goal in their victory over Everton at the Goodison park.

Leicester City were emphatic in a 4-2 victory over Manchester United at the King Power Stadium.

Youri Tielesman, Caglar Soyuncu, Jamie Vardy and Patson Daka were on target for the Foxes while Manchester United scores through Mason Greenwood and Marcus Rashford.

Meanwhile, Arsenal will host Crystal Palace in a London derby on Monday night.