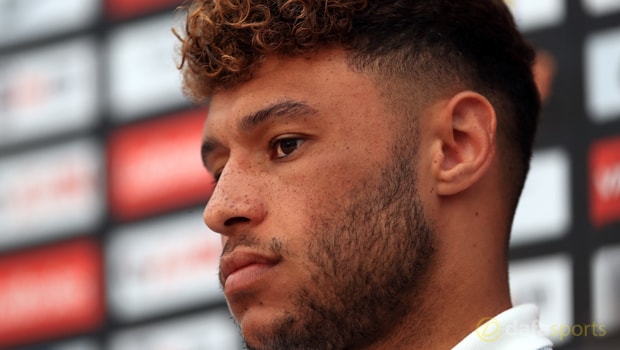 Jurgen Klopp admits he is looking forward to seeing what Alex Oxlade-Chamberlain can bring to his Liverpool side.

The England star joined the club from Arsenal on Thursday, signing a five-year deal for a fee thought to be around £35m.

With Oxlade-Chamberlain in the final year of his contract at the Emirates, the Gunners had tried to keep hold of him but he rejected their most recent offer due to his desire to play in central midfield, rather than out wide.

Liverpool swept in, and having played for the Londoners in Sunday’s now infamous 4-0 defeat on Merseyside, the 24-year-old will now begin a new chapter of his career under Klopp.

The German has added well this summer, with Mohamed Salah the standout arrival, and Oxlade-Chamberlain will undoubtedly give him plenty more options.

Klopp says he is looking forward to working with the former Southampton star and has backed him to play a major role for the club in the coming years.

“I am really, really happy we have got Alex signed,” he told the club’s official website.

“I hear a lot of talk about positions but let’s talk about the player; he is someone with really good abilities who always gives everything for his team.

A player that is positive and willing to take risks to try and make positive things happen.

“Already he is a very, very good player and I think he has the mentality and desire to get even better – and that excites me.”

Liverpool are currently 11.00 to win the Premier League title, while they can be found at 19.00 to claim the Champions League.