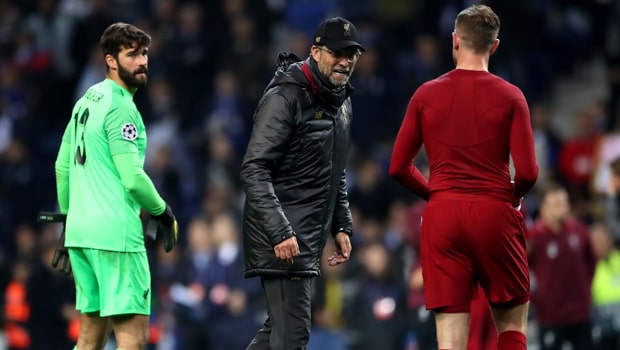 Jurgen Klopp feels his Liverpool side will have a “proper football game” with Barcelona when they clash in the Champions League semi-finals.

The Reds sealed their passage to the last four by defeating Porto 4-1 on Wednesday evening, completing a 6-1 aggregate success. Back-to-back Champions League semi-finals is a major achievement for his team, says Klopp.

“For us to be in the semi-finals is unbelievable. The second time in a row is something really crazy,” Klopp said. “I’m really proud of the boys and what they did.”

Liverpool’s 17th game without defeat – and their eighth straight victory – arrived via goals from Sadio Mane, Mohamed Salah, Roberto Firmino and Virgil van Dijk, with Eder Militao scoring for the home side. “It’s not a result that reflects the two games,” Klopp said.

“At Anfield we were the clear better side, we dominated the game and played a really good game and made life difficult for Porto.

“Tonight it was the other way around, they made our life difficult.” Barcelona had plenty to spare over Manchester United in gaining passage from the quarter-finals and Klopp is looking forward to his first competitive tie with the Catalan giants.

“It is first time for me to play Barcelona, apart from in friendlies. I am looking forward to that,” he added.

“The news that there’s a proper football game between Liverpool and Barcelona is really good news, and I’m happy for all the people in the football club.

“We will find things that we think we can use against them but I’m not worrying about that [now].”

Liverpool are 3.50 to win the Champions League, with Barcelona favourites at 2.50. The other semi-final sees Spurs taking on Ajax.