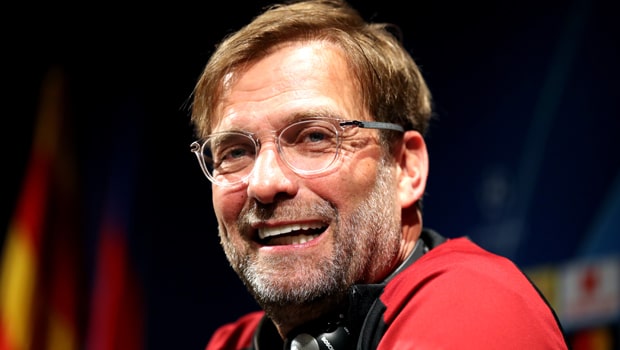 Jurgen Klopp insists Liverpool are not prioritising one competition over another as they bid to claim Champions League and Premier League glory this season.

The Reds will take on Barcelona in the first-leg of their Champions League semi-final tie at the Camp Nou on Wednesday, as they bid to reach the final of Europe’s premier club competition for the second consecutive year.

Klopp’s men are also still in the running to claim Premier League glory, although they know if Manchester City win their final two games of the season then they will have to settle for second-place.

That has led many people to suggest that the Champions League represents Liverpool’s best chance of winning a trophy this season, but Klopp confirmed he is not prioritising one competition over another.

“We have a chance in both competitions. You (media) always make out a game is won before it is played,” Klopp told reporters.

“In the moment I don’t need to know which is the bigger chance for us. We have to work here and not think what we could do.”

Klopp also insists Liverpool’s focus is firmly on Wednesday’s match in Catalonia, as he knows it would be a mistake if they had one eye on the Premier League clash with Newcastle at St James’ Park on Saturday.

“No-one has to think about (Saturday’s) Newcastle game,” he added.

“It would be a massive mistake if you play against Barcelona with 15-20 per cent Newcastle on your mind. That would be a problem.

“We want a result (against Barcelona) which gives us a good chance to do it at home.”

Liverpool are priced at 4.00 to establish a first-leg advantage on Wednesday, while Barcelona are available at 1.91 and the draw is on offer at 3.75.