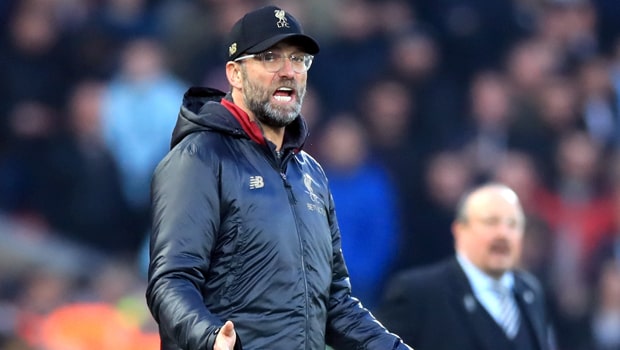 Liverpool manager Jurgen Klopp insists his team have achieved nothing yet and their current six-point lead in the Premier League means very little.

While the Reds were beating Newcastle 4-0 at Anfield on Boxing Day, Manchester City slipped to their third defeat in four league games, losing at Leicester.

Elsewhere, Spurs beat Bournemouth at Wembley to jump above City into second in the table, six points behind Klopp’s team, who have won 16 and drawn three of their 19 games so far.

It is a healthy position to be in at the halfway point of the season although Klopp is not getting carried away, especially as they face Arsenal at home and Manchester City away in their next two games.

He said after the win over Newcastle: “I had no idea how any other teams were playing, I didn’t even know where they were playing.

“Afterwards I got the results and I can say it didn’t do a lot for me. It is just information. It’s good that we have six points (more) than other teams, or seven, but that is pretty much all.”

Klopp said the league position can look very different after a few games, emphasised by the fact City were two points ahead of Liverpool at the beginning of December and are now seven behind.

“What we wanted to do all the time was create a basis for the rest of the season. Now the first part of the season is over,” the German added.