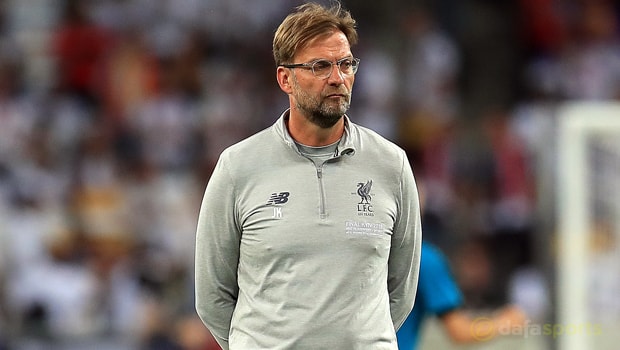 Liverpool have signed a high-quality footballer with the right character to add to the club in Fabinho, according to manager Jurgen Klopp.

The Reds announced this week that they had struck a deal with Ligue 1 club Monaco that will see the Brazilian midfielder move to Merseyside on July 1 in a deal reportedly worth 50m euros.

Klopp believes the 24-year-old possesses a mentality which will benefit his existing squad.

“We have signed a fantastic player, but someone who is an equally fantastic person I think,” said the Liverpool boss.

“His reputation as a character in the dressing room and his attitude in training has come through from everyone we speak to.

“He has a lovely family also – adding a person like this to our dressing room only makes us even stronger.

What we have – in terms of our environment at Melwood and in the team – means anyone coming in must be of that build. They must be the highest quality person and player.”

Fabinho has been blossoming as a defensive midfielder at Monaco, although he was also used as a right-back in his earlier days.

Klopp suggest the new signing has the “ability and mentality” to succeed but, most importantly, the technical skills.

“He is tactically very strong and football smart. I think he improves our squad and there aren’t that many players you can say that about in this moment, because the quality we have already is so high,” he added.

“I like that he is young yet experienced also, with a high number of games at a club that compete to win.” Liverpool are 6.00 to win the Premier League title next season.