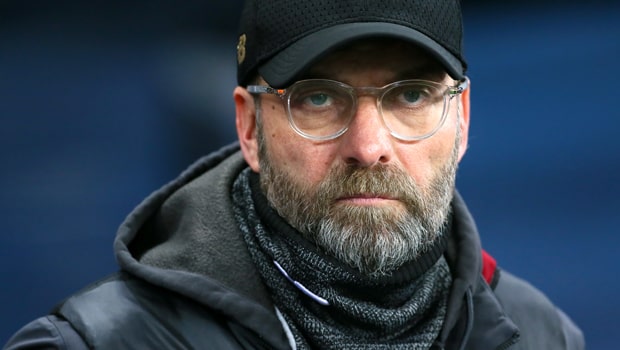 Jurgen Klopp has backed his Liverpool side to not crack under pressure as the Premier League title race hots up.

The Reds failed to win for the second successive league game as they were held to a 1-1 draw by West Ham at the London Stadium on Monday.

That result leaves Liverpool three points clear at the top of the standings, but they will relinquish top spot for the first time since mid-December if Manchester City claim the spoils when they take on Everton at Goodison Park on Wednesday.

Klopp is not worried by that possibility, however, and he insists his side will not crack under pressure, despite acknowledging that Tottenham are also back in the title race, as they currently sit just five points off the pace.

“Yes, I’m confident about that,” Klopp told a news conference when asked if he feels Liverpool will not crack. “I think since five, six, seven, eight weeks we talk about a two-horse race now and Tottenham came from behind.”

Liverpool had to do without Georginio Wijnaldum, Jordan Henderson, Joe Gomez, Dejan Lovren and Trent Alexander-Arnold for Monday’s match due to injury and Klopp admits their absence has fully stretched his squad, but he knows that is just part and parcel of a tough campaign.

“If you want to be top of the table at the end of the season then you have to deal with much tougher situations than we had today, that’s the truth,” Klopp added.

“Of course you need players fit and available, that helps a bit.” Klopp’s men are priced at 2.10 to end Liverpool’s 29-year wait for a league title this season, while City are available at 1.80 and Spurs are on offer at 17.00.