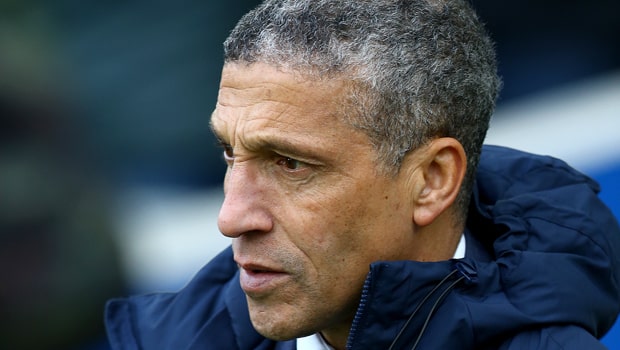 Brighton boss Chris Hughton believes the FA Cup is a wide-open competition this season and he is hopeful his side can maintain their challenge.

The Seagulls will travel to The Hawthorns on Wednesday night to take on Championship outfit West Brom in their fourth round replay and a victory in that game will set up a home clash with Derby in the last 16.

With the likes of Liverpool, Tottenham and Arsenal having already been knocked out of this year’s competition and Chelsea and Manchester United due to face off in round five, Hughton feels the cup is there for Brighton to have a real go at, although he knows they first must overcome West Brom.

“There are a lot of Premier League sides out of the competition now, so there is an opportunity for teams to progress,” Hughton told reporters.

But you can’t go into a game thinking a match will be easy, because as soon as you do, you won’t get through to the next round. “I see it opening up for some who are not the favourites though, and that’s the great thing about this competition.”

Brighton were held to a goalless draw by West Brom when the two teams originally met at the end of January and Hughton is expecting another tough game on Wednesday, particularly as they have not won a match at The Hawthorns since September 1976.

“It’s a big challenge for us up against a side who are doing well in the league – they’ll be giving it everything to get straight back up to the Premier League and they’ve brought in some good players during January,” Hughton added.