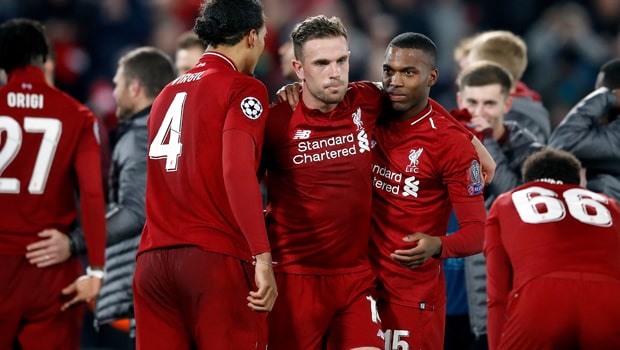 The England international helped his team record a 4-0 win on Tuesday night at Anfield as Liverpool booked their place in the final in Madrid.

Liverpool’s chance of progression looked incredibly slim last week after a 3-0 defeat in Spain, but they produced another heroic display at home, even without Mohamed Salah and Roberto Firmino.

Divock Origi and Georginio Wijnaldum both scored two goals each to send Barcelona crashing out and Henderson claims Klopp’s words before the game gave them the motivation.

He told Sky Sports: “The manager always believes, you can see that in the talk he gave to us before we came to the stadium and that helps the players believe.

“You can see within the game that we believed right from the first minute. We started well, got a good goal, kept believing, kept fighting and got our rewards in the end.

“An amazing night. A special one really, for the fans, for the team, for everyone. I’m not sure people expected it before the game, but we said to each other we would fight right until the end and give everything – we managed to do that.”

Liverpool will now play Tottenham or Ajax in the Champions League final and they are the 1.44 favourites to win the competition.

The Reds can also still win the Premier League title but they need Manchester City to slip up this weekend against Brighton. Punters can back them at odds of 6.50 to lift the league trophy.