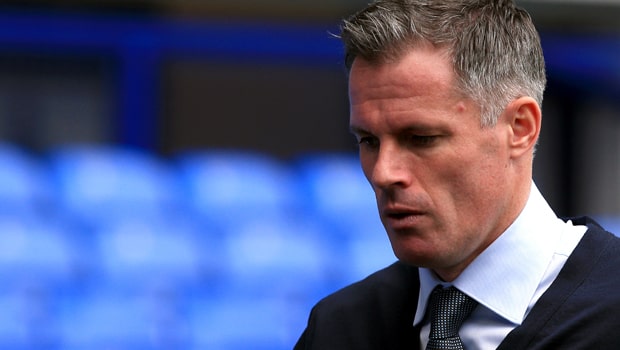 Former Liverpool defender Jamie Carragher feels Jurgen Klopp has remoulded his team from last season and now has a defence that can be relied on to win tight games.

The Reds played some phenomenal attacking football last season in reaching the Champions League final but they were let down by defensive mistakes, both domestically and in Europe.

Virgil van Dijk’s influence after arriving from Southampton in January was significant while Klopp then spent close to £70m to recruit Brazilian goalkeeper Alisson from Roma in the summer.

The Reds have conceded just five goals in the league so far – the fewest they’ve ever let in after 13 matches of a Premier League season. Carragher believes the champagne football of last term may be gone for good – something he views as a positive given the defensive payoff.

“It’s interesting because the narrative all season has been about when Liverpool are going to start playing like last season,” he said on Sky Sports.

“However, it may get to the stage where we ask are Liverpool maybe slightly different this season.

“Don’t forget there’s no Philippe Coutinho. Alex Oxlade-Chamberlain brought great drive and pace from midfield. The front three were away at the World Cup also. You’ve now got Virgil van Dijk and a goalkeeper.”

The ball-playing ability remains central to Liverpool’s success but Carragher feels Klopp has perhaps leaned towards the style of play that brought Liverpool their most recent European silverware under Gerard Houllier and then Rafael Benitez – teams Carragher himself played in.

“Last season I said this team plays football that our teams never played. But it’s actually now going back a little bit to maybe Benitez and Houllier’s sort of time,” he added.

“They probably do play a little bit more football than we did but they can actually rely on the defence to win them a game.”