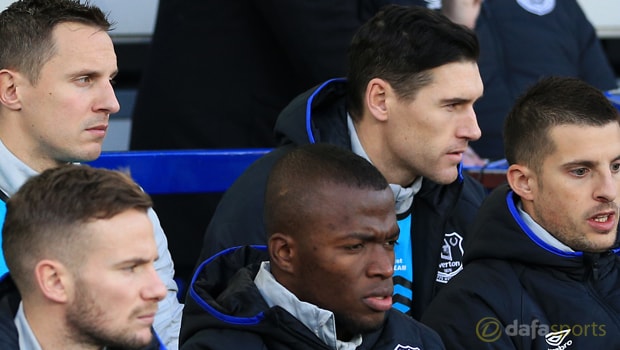 Phil Jagielka believes Everton need to start sharing around the goals if they are to push on in the upcoming campaign.

The Toffees, who are 10.00 to make the top four, finished seventh last term but much of their success was built around the goals of Romelu Lukaku.

While the Belgian netted 26 in all competitions, none of their players reached double figures and as he may leave Goodison Park this summer, there are doubts as to where the goals will come from in the season ahead.

Ronald Koeman has been busy in the transfer market in recent weeks and is expected to add Malaga’s Sandro Ramirez once the Spaniard returns from the ongoing European under-21 Championships.

Jagielka admits his side could struggle without Lukaku’s goals but insists the onus is on his attacking team-mates to fill the void.

He is quoted by the Mirror: “His goals would be a massive loss. But it would be up to the manager and the club to replace him.

Most clubs would want Romelu Lukaku in their team. If it’s not to be us next season, we have to make sure we’ve got people that either come in or step up to the plate.

“The one disappointing thing – obviously not that Romelu’s got us all those goals – but that not any other people hit double figures.

“If you are going to compete at the top level you need three or four people getting at least eight goals and upwards and that’s something we’ll obviously be looking at.”