I love to watch him play: PSG star Kylian Mbappe rates Mohamed Salah as one of the best players in the world 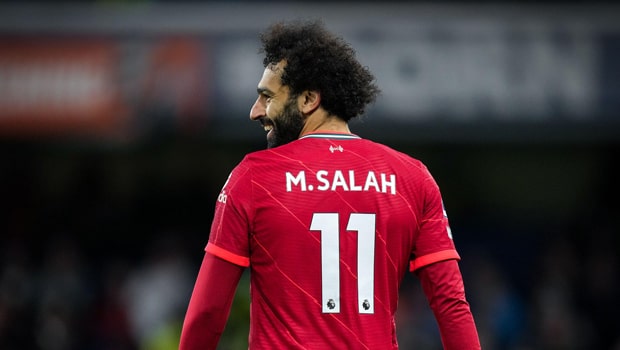 PSG striker Kylian Mbappe has heaped praise on Liverpool star Mohammed Salah. Mbappe rated Mohamed Salah as one of the best players in the world and revealed that he loves to watch him play. Salah has been in supreme form in the last few years and the Egyptian has played a key role in the success of Liverpool.

Salah has been a consistent performer and he has dazzled everyone with his performances in the recent past. The winger is known to bamboozle the opposition defense and he has scored some incredible goals in the English Premier League.

“To talk about Mohamed Salah, he’s one of the best players in the world,” the Frenchman was quoted as saying.

“He was the sixth finalist on the list at the Globe Soccer Awards [Men’s Player of the Year] and has scored a lot of goals for Liverpool.

“He makes the difference and I love to watch him play. He is a great player,” he added.

The Egyptian currently leads the EPL’s top scorers’ table with 15 goals and nine assists to his name in 19 matches. Salah has been playing at the top of his game and he would aim to continue his good show in the upcoming matches.

Furthermore, the Liverpool striker has carried his sublime form in the UEFA Champions League as he has found the back of the net on seven occasions in six matches for Liverpool.

On the other hand, Kylian Mbappe is also in good form for PSG Saint Germain. The French striker has scored nine goals in Ligue 1 for the Parisians and he has provided eight assists. Thus, both of these big players will look to continue their good show.

Liverpool were stunned by Leicester City on Tuesday by 1-0. The Reds will next face third-placed Chelsea on Sunday at Stamford Bridge.