‘Good day’ all round for Klopp’s Reds 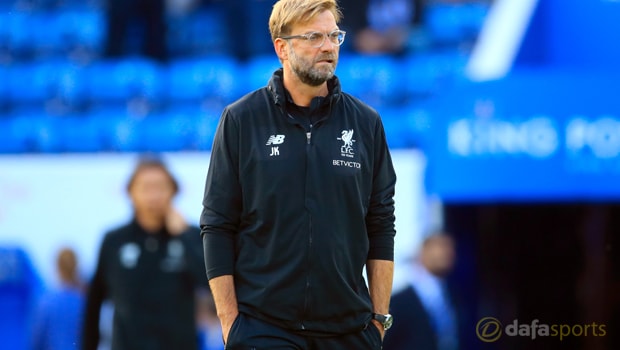 Jurgen Klopp singled out Simon Mignolet for praise after he saved Jamie Vardy’s penalty in Liverpool’s 3-2 win over Leicester.

The Reds stopper gave away the penalty himself, having left his goal line to rush out and meet Vardy as he chased a through ball.

Mignolet had an eventful game as he appeared to be impeded by Shinji Okazaki when the Leicester striker made it 2-1 on the stroke of half-time, but the Belgian has now saved seven of the 15 Premier League penalties he has faced since joining Liverpool in 2013.

Klopp said the save from Vardy ensured Mignolet can be satisfied with his day’s work at the King Power Stadium.

“As a goalkeeper if you save it you make a very good day of it,” Klopp said.

“That’s obviously a situation he likes, so it gives us a good feeling.

“The decision was not too cool, but it’s not that we think it’s already done – we still have a little bit of hope. He did it again and that’s good.”

Having lost to Leicester in midweek in the Carabao Cup in a game that Liverpool dominated for a long time, Klopp admitted that getting a positive result was the only thing that mattered to him second time around.

“I thought we were deserved winners, so it’s a good day,” Klopp said.

“I said before the game to the boys ‘we are not the Harlem Globetrotters. We don’t go out to try to play beautiful football.

We are here for results, so we play for results’.” Goals from Mohamed Salah, Philippe Coutinho and skipper Jordan Henderson had Liverpool 3-1 ahead but they were forced to cling on after Vardy made it 3-2 with 20 minutes remaining, surviving a real scare when the England forward hit the deck under Mignolet’s challenge.

Klopp was pleased with the fight in his team and wants to build on the win.

“I loved how we fought for it. It could’ve been more clear. But after a few games with no results, or not the right results, you have to fight back,” he added.

“That’s what we did. And now we can build on this.” Liverpool are 2.00 to finish in the top four this season and 21.00 to win the Premier League title.