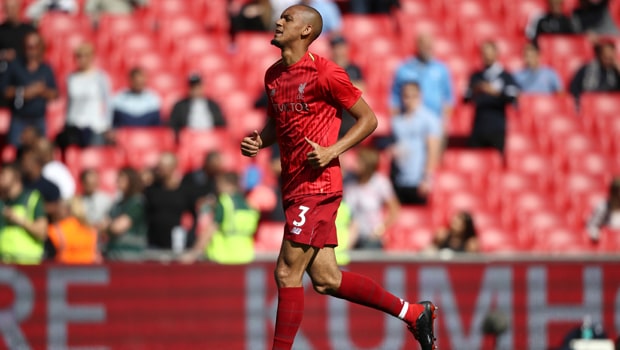 Liverpool’s Fabinho says he is still adapting to life in the Premier League after making the move from Monaco over the summer.

The Brazil international moved to Anfield in a reported £39million deal but has been unable to force his way into the team on a regular basis so far.

Fabinho is yet to make his Premier League debut, with his three appearances so far coming in the Champions League and the Carabao Cup.

The 24-year-old hopes for more game time in the coming weeks and says international team-mates Roberto Firmino and Alisson, as well as manager Jurgen Klopp, have helped him to make the transition to English football.

“My process to adapt to English football has been very good. Since pre-season I believe I have understood the way Jurgen Klopp plays and the way the team plays,” he told the club website.

“My relationship with my team-mates has also been very good, like Roberto Firmino, who has been helping me, and also Alisson.

“It’s a new experience for me because Klopp has a different style of work from the way I’m used to – but this is something I will learn.

“I have learned a few things from him but it is just the start. He is a coach who demands a lot from his players, not only in matches but also on a daily basis in training.”

Liverpool are 3.10 to win the Premier League outright and 9.00 to secure the Champions League title.