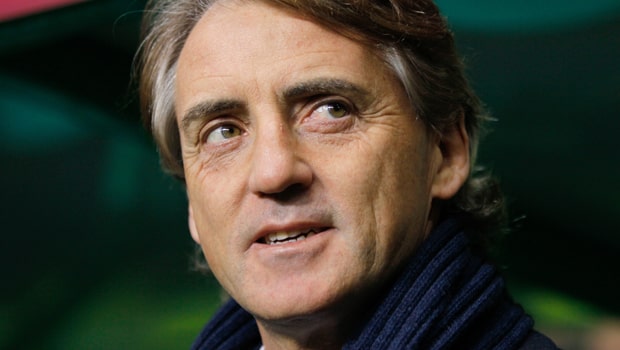 Italy boss Roberto Mancini remains upbeat his side will qualify for Euro 2020 but feels it will take time for the team to improve.

The Azzurri were a notable absentee at the World Cup this summer as they failed to qualify for the first time since 1958.

Mancini was appointed as Italy boss in May, six months after their failure to secure a spot in Russia had been confirmed, and so far he has managed one win in five attempts – a 2-1 success over Saudi Arabia in his first match in charge.

The former Manchester City and Inter Milan manager accepts the start to his tenure has not been ideal, but he is confident they can qualify for Euro 2020 through the Nations League and has called for patience as he bids to reshape the Italy squad.

“More patience is needed, but it’s a word that doesn’t exist in Italy and football in general,” he told reporters.

“We’ve made our way on a road that isn’t easy, but we’re still in the Nations League and our objective is to qualify for the European Championship.

“I read the newspapers a bit after our first two [Nations League] games, and the same things were still being written about the national team, even after 20 years.

“We still have quality players and we’re starting a whole new project, which I’m sure will lead to us doing well.”

Italy have one point from two Nations League games so far and are not involved in the tournament over the international break this weekend.

Mancini’s side instead face two friendly games, against Ukraine on Wednesday and the USA next week.