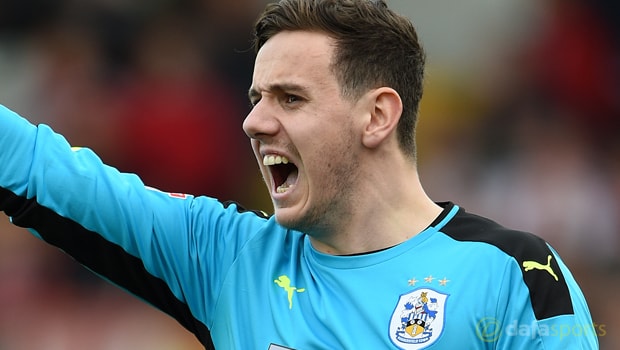 Danny Ward says he is hoping to impress Liverpool manager Jurgen Klopp enough in pre-season to be handed the number one jersey for the upcoming Premier League campaign.

Ward, who arrived at Anfield in 2012 from Wrexham, spent last season on loan at Huddersfield Town and the shot-stopper played an integral part in helping the club earn promotion via the Championship play-offs.

The Wales international made 45 league appearances, keeping 14 clean sheets, and reports were claiming a permanent move to the John Smith’s Stadium was on the cards this summer.

However, Klopp has been impressed with what he saw from the 24-year-old and the German tactician has included the keeper in his pre-season squad.

Belgian Simon Mignolet ended the last campaign as number one whilst Loris Karius, who joined from Mainz in 2016, had to settle for a place on the bench after failing to impress when handed a starting opportunity.

All three goalkeepers will be targeting the number one jersey and Ward believes the manager will have a difficult decision when choosing who to start in the opening Premier League game.

“The manager has talked about us having competition between us, which can only be healthy for the squad in general,” he told LiverpoolFC.com.

“That’s our aim every day—to push each other as far as we can. “The manager knows the three boys are more than capable. It’s a fight for the No.1 [spot], but we’ll be helping each other along the way.”

Liverpool, who are 12.00 to win the title, travel to Watford on the opening day and the visitors are 1.62 favourites to pick up three points, a draw is priced at 4.00 whilst the Hornets are 5.25 outsiders.