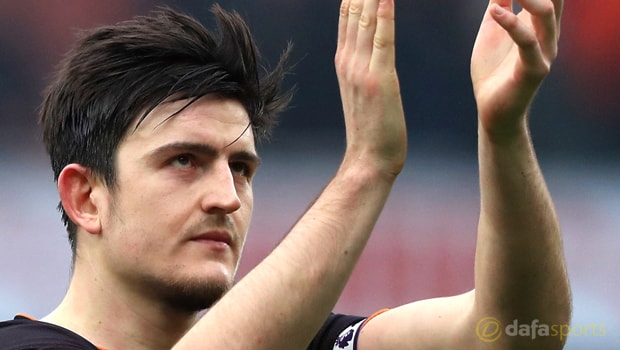 Former England Under-21 international Maguire left Hull City this summer following the club’s relegation to the Championship and made the switch to Leicester, who lost their league crown to Chelsea last term.

The highly-rated centre-back put pen-to-paper on a five-year contract at the King Power Stadium in a deal costing an initial £12million fee that could potentially rise to £17m with add-ons.

Captain Wes Morgan and Robert Huth were the regular partnership at the heart of defence for the second straight season but both players will be under pressure to retain their place after the new defensive addition.

Leicester, who are 7.50 to finish in the top-six this season, will be taking part in the pre-season Asia Trophy where Liverpool, West Brom and Crystal Palace, who are managed by Frank de Boer, are also competing.

Maguire, who will be hoping to impress manager Craig Shakespeare, is happy to take on fellow top-flight opposition and he believes the standard of opponent will only help the team sharpen up.

“When you’re playing Premier League opposition it gets you ready for the first game of the season; you get ready for the tempo,” he said.

Leicester travel to the Emirates on August 11 to kick off the Premier League and the visitors are 7.00 outsiders, a draw is priced at 4.75 whilst the hosts are 1.40 favourites to clinch three points.