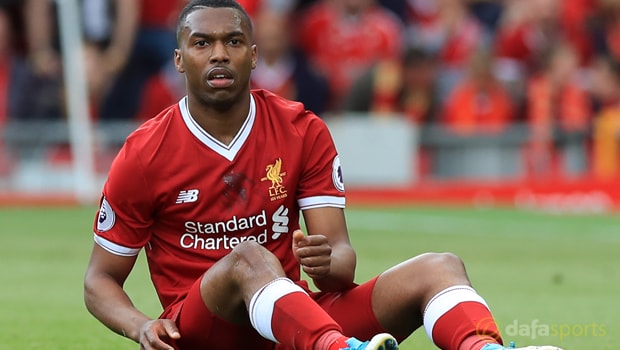 Daniel Sturridge has played down concerns over his fitness after he hobbled out of Liverpool’s pre-season victory over Bayern Munich on Tuesday.

The England international only came on as a substitute during the triumph at the Allianz Arena, but he sustained a thigh injury whilst scoring the third goal in Liverpool’s 3-0 success.

The 27-year-old was substituted soon after sustaining the problem, with Reds boss Jurgen Klopp admitting after the match that he was concerned about the injury, although Sturridge himself has now delivered a more positive prognosis.

He told Liverpool’s website: “I think it’s just fatigue to be honest, so I’ll be OK.

“I’m feeling great. I have put in the work, I trained a lot in the summer.

I’ve not missed many sessions here, they have looked after me. We’ve done triple sessions and I have trained almost every single session.”

The former Manchester City and Chelsea forward is now targeting a successful season with the Merseyside giants, after starting just 25 top-flight matches in the last three campaigns combined.

“So I’m feeling great, the best I have felt for a while,” he added. “I am looking forward to the season and hopefully we can have some success.”

Sturridge will be hoping to earn a starting birth for Liverpool’s opening match of the new season against Watford at Vicarage Road on August 12.

The Reds are priced at 1.60 to kick-off the campaign with a victory, while the Hornets are available at 5.25 and the draw is on offer at 4.20.