Chelsea and Liverpool win to close in on Man City 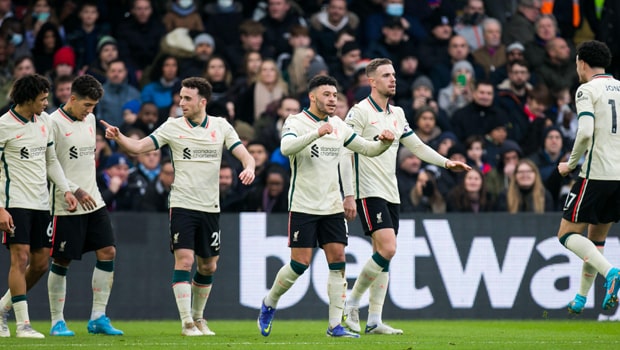 Chelsea and Liverpool both won on Sunday to capitalise on Manchester City’s 1-1 draw against Southampton on Saturday. The citizens led the table with 11 points before the game but could only add one more after they were denied a thirteen straight Victory.

Manchester City had not dropped a single Premier League point since October before the draw at the Saint Mary’s Stadium. However, Liverpool got the victory they needed to cut the points gap to nine with a 3-1 victory over Crystal Palace.

Van Djik and Oxlade Chamberlain scored in the first half before a Fabinho penalty cancelled out a late surge by the eagles after a 55-minute goal by Eduardo.

Meanwhile, Chelsea beat a stubborn Tottenham Hotspur with a 2-0 scoreline at the Stamford Bridge, the European champions led in the second half from a spectacular strike from Hakim Ziyech before Thiago Silva doubled the blues lead.

Chelsea manager Thomas Tuchel praised the Moroccan’s performance, including the goal which he termed brilliant.

“Maybe it was his best game, and it was a very good game overall. He took the risk where it was possible; he was safe when it was possible to be safe. It’s probably the best position for him, we don’t normally have this position, but the overlap gave him the space, and the strike was brilliant.” Tuchel said.

In other results, Manchester United beat West Ham United by a lone goal courtesy of a late Marcus Rashford’s strike. Arsenal were held to a goalless draw by Burnley at the Emirates stadium. Patson Daka scored for Leicester City while Danny Welbeck was on target for Brighton in a 1-1 draw at the King Power Stadium.

Aston Villa beat Everton 1-0 in Steven Gerrard’s return to the Merseyside at Goodison park while Brentford lost to Wolves 2-1.