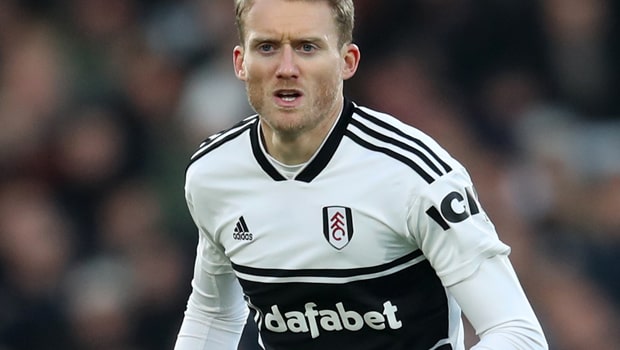 Andre Schurrle has distanced himself from a newspaper report that suggests he will walk away from Fulham this summer if they are relegated.

Schurrle has signed a two-year loan deal with the Cottagers and has scored six goals in 22 appearances in all competitions for the west Londoners since joining in July.

A report in his homeland suggested the 28-year-old German World Cup winner would return to Borussia Dortmund this summer should Fulham slip into English football’s second tier after just one season in the Premier League.

The attacker took to social media to dispute the claim, suggesting it was a result of poor translation of an interview he had given.

“It is not even close to what I said. Just very bad translating,” he tweeted.

In the translated version of the interview, Schurrle was quoted as suggesting his loan would expire should Fulham be relegated but he added that the article was “out of context and trying to produce a false headline”.

Instead he had a message for Fulham fans and his team-mates, saying: “Let’s stick together and fight ’til the end.”

Fulham have managed only three Premier League wins since August and find themselves seven points adrift from safety.

They have stopped leaking goals quite as much since Claudio Ranieri replaced Slavisa Jokanovic, but Premier League wins are still proving hard to come by. This weekend they welcome Manchester United to Craven Cottage.

The Red Devils have been resurgent under Ole Gunnar Solskjaer, taking 22 of the 24 league points on offer under the Norwegian. Fulham are 5.00 to win on Saturday, with Man United 1.67 and the draw 4.20.