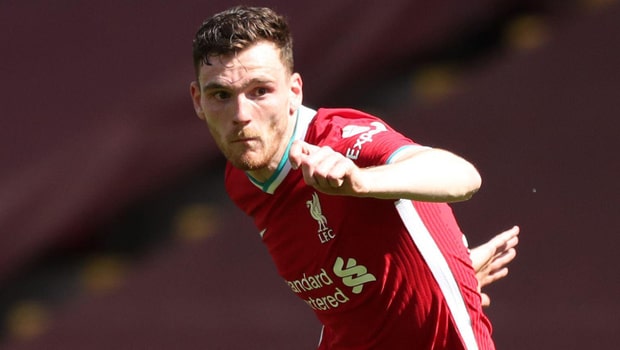 Scottish defender Andy Robertson has stated that he wishes to play for Liverpool as long as possible after signing a new five-year contract.

The 27-year-old joined Liverpool from Hull City in 2017 and has gone on to win the Premier League and the UEFA Champions League as well as Fifa Club World Cup and UEFA Super Cup.

The Scot joined in a deal worth £8m and having made 177 appearances for the Anfield club, Robertson wants to continue playing the Reds for as long as possible.

“I want to stay at this club for as long as possible, It’s always a happy time for me, for my family. We’re settled here, we love everything about this football club and I’m glad that the journey is continuing.” said Robertson.

Meanwhile, Robertson has missed the opening two games of the season for Liverpool due to an ankle injury.

He becomes the fifth player after Trent Alexander-Arnold, Fabinho, Alisson and Virgil van Dijk to extend their contract.

Liverpool has started the season on a winning note beating Norwich on the opening day and Burnley.

Zappacosta joined Chelsea from Torino in 2017 and the move back to Italy represents a return to Atalanta after leaving for Torino 2015.

The defender has been on loan at two clubs since his last appearance at the Stamford Bridge in 2019 in the UEFA Europa League final against Arsenal.

He made 26 appearances for Chelsea and scored once having made two loan moves to AS Roma and Genoa.

Zappacosta is below Cesar Azpilicueta and Reece James above him in the pecking order according to Blues manager Thomas Tuchel.

Chelsea defeated Crystal Palace in the opening game of the season with a 3-0 scoreline.

The Blues also won their second game with a 2-0 victory over Arsenal and Thomas Tuchel’s side will face Liverpool at the weekend.