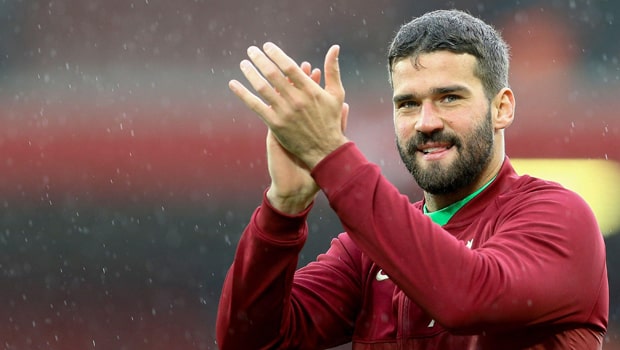 Brazilian goalkeeper Alisson Becker has revealed his desire to win more trophies at the Anfield Stadium after signing a new 6 year deal with the Reds.

The goalkeeper’s new deal will run until 2027 after scoring a vital goal against West Brom last season as the Reds snatched a third-place finish to qualify for the UEFA Champions League.

The 28-year-old goalkeeper revealed that the decision to stay at the club he joined in 2018 was never hard to make stating that he had confidence and trust in the club.

The former AS Roma goalkeeper has won the Champions League and Premier League with Liverpool since joining in 2018.

He also joins Fabinho and Trent Alexander-Arnold as the third player for Liverpool to sign a contract extension this summer as the 27-year-old midfielder committed to the club till 2026 while the English wing-back signed an extension till 2025.

Alisson has kept 57 clean sheets with Liverpool in 130 appearances for the Merseyside team that he joined in a £66.8m deal.

The club is ready to pay £100m for the Englishman and complete the deal so that the player will feature in the community shield game on Saturday.