Alex Oxlade-Chamberlain: Liverpool my only choice

Posted by Fred McKinley on September 9, 2017 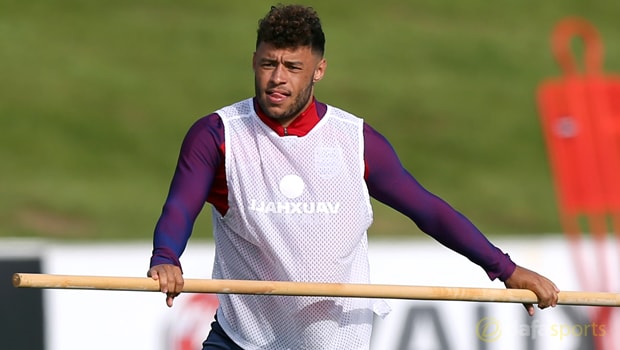 England international Alex Oxlade-Chamberlain has revealed Liverpool were the only club he wanted to join after making the difficult choice to leave Arsenal.

Oxlade-Chamberlain’s future was the subject of huge debate this summer due to his contract with Arsenal expiring at the end of the season and, when he decided not to sign new terms, the wheels were put in motion for an exit before deadline day.

Defending Premier League champions Chelsea, who are 6.50 to retain the title this season, had a £35million offer for the midfielder accepted, but they were unable to agree personal terms.

Liverpool then pounced on the opportunity to sign the 24-year-old and, when they matched the Blues’ offer, they quickly wrapped up the deal on deadline day, with the Englishman putting pen to paper on a five-year contract.

Oxlade-Chamberlain admits it was not easy leaving the Emirates, having spent six years with the Gunners, but the chance to join the Reds and work with their German manager Jurgen Klopp was too hard to turn down.

He exclusively told Sky Sports: “The first thing was the tough decision to leave Arsenal.

That was the only thing that was really tough for me and the deliberation, but Liverpool was the only option for me in terms of where I thought I would be playing.

“I think there are really exciting things to come here and especially with this manager, so I felt it was right for me to push to be a part of that. I’m delighted that I finally got the opportunity to.”

Oxlade-Chamberlain could make his Liverpool debut in Saturday’s away trip to Manchester City and the visitors are 4.00 outsiders to win.

The draw is priced at 3.75 while the Citizens are firm 1.85 favourites.