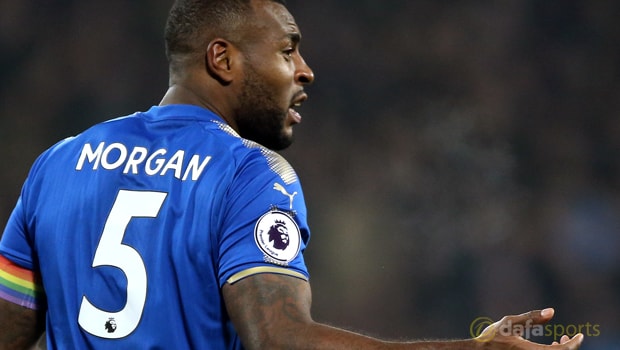 Leicester captain Wes Morgan has called for his side to end their campaign on a high as they look to build momentum for next season.

The Foxes have endured a poor run of form over recent weeks, picking up just one point from their last five Premier League games, although they still remain ninth in the standings and they have two fixtures to play, starting with the visit of Arsenal to the King Power Stadium on Wednesday.

Morgan admits it has been a frustrating few weeks for Leicester, but he is determined to end their season on a high, as he knows how important it is to take some momentum into next term.

In recent weeks, that’s not been the case. We’ve found it a struggle to find our route to goal and pick up wins and pick up points.

“It’s something we need to work hard on and put right. There’s only a couple of games left but we’ve got to try and finish the season strong and hopefully we can take some momentum into next season.”

Wednesday’s clash with Arsenal will be Gunners boss Arsene Wenger’s penultimate match in charge before he brings his 22-year tenure as manager to an end, but Morgan is determined to stop the Frenchman from enjoying a winning swansong.

“Obviously, we know Wenger’s leaving and they want to give him a good send off by picking up wins in their last couple of games, so we want to try and spoil the party,” the centre-back added.

Leicester are priced at 3.60 to return to winning ways on Wednesday, while Arsenal are available at 1.95 and the draw is on offer at 3.60.