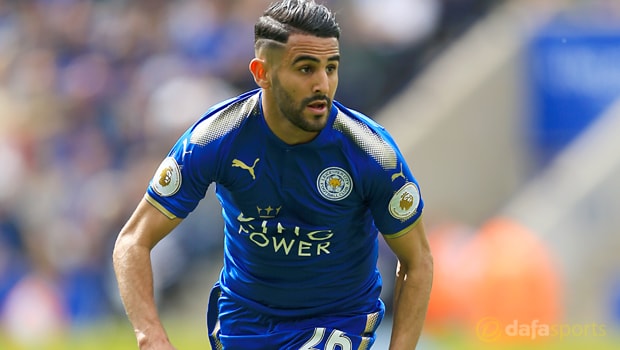 Leicester City captain Wes Morgan has praised the continued efforts of Riyad Mahrez in pre-season despite the Algeria international wanting to leave the club this summer.

Mahrez, who arrived at the King Power Stadium in 2014 from Le Havre, asked for a transfer at the end of May, but there is yet to be any significant movement regarding an exit.

FA Cup holders Arsenal, who are 10.00 to retain the cup this year, are said to be showing an interest in the winger although the Gunners are yet to lodge an official bid.

Italian outfit Roma have moved to the front of the queue in recent weeks and Leicester manager Craig Shakespeare confirmed a bid from the Giallorossi had been rejected.

An improved offer is yet to be lodged and it remains unclear whether the Algerian, who was named the PFA Players’ Player of the Year for the 2015-16 season, will be leaving this summer.

However, despite a move failing to materialise so far, Morgan has hailed the work ethic of Mahrez in pre-season, with the skipper revealing nothing has changed on the pitch. “Everyone knows about Riyad Mahrez.

We’ve seen what a difference he can make,” he told the Leicester Mercury.

“He’s got the key to unlock defences. “I think you can see on the pitch that he’s not slacking.

He’s putting in a shift for the boys. He’s a Leicester player and that’s all I can say.”

Leicester start their league campaign with a trip to the Emirates to take on Arsenal on August 11 and the hosts are 1.40 favourites to win. The draw is priced at 4.75 while the Foxes are 7.00 outsiders.