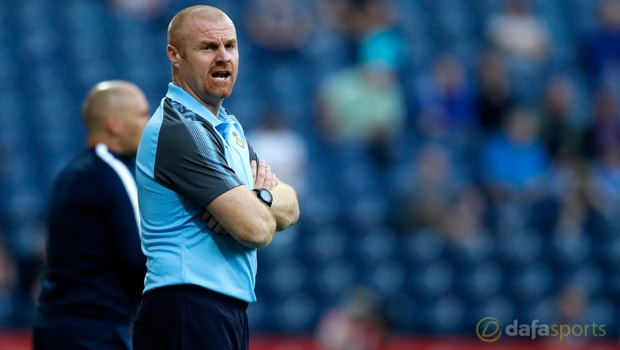 Burnley manager Sean Dyche says he is not happy with the depth of his current squad and is hoping to add more new faces before the summer transfer window closes.

Burnley, who are 2.25 to get relegated this season, have lost four first-team players this summer with the biggest loss coming in the shape of England international Michael Keane, who joined Everton for £25million.

Dyche, although happy with the business done so far, is still looking to add more new faces to his squad as he aims to keep the club in the Premier League this season.

“There are a couple of spots to fill,” he told the Lancashire Telegraph.

“We lost four and Robbo retired and we’ve brought three in, so we’re certainly one down from the group as it was and hopefully we’ll get two or three in if we can.

“We’ve got some good business done early, which is very difficult. We are still looking. There are still a couple of situations that might arise so we’re on them as well.”

Burnley open their campaign with a tough trip to Stamford Bridge on August 12 to take on defending champions Chelsea and the visitors are massive 10.00 outsiders to clinch all three points, a draw is priced at 7.00 while the Blues are firm 1.22 favourites to kick off their title defence with a win.