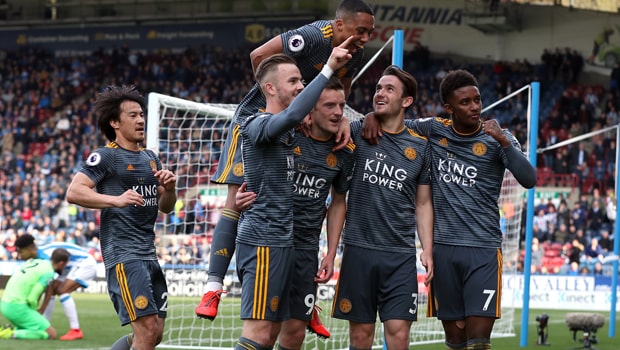 The former England international has now scored 15 league goals for the Foxes this season and his brace helped them climb into seventh.

Midfielder Youri Tielemans, on loan from Monaco, opened the scoring with a neat finish from the edge of the box and Vardy grabbed his first in the 48th minute after he tapped home Ricardo Pereira’s cross.

James Maddison bagged a third after Aaron Mooy’s penalty before Vardy completed the scoring from the spot in the 84th minute.

The former Fleetwood Town star is now hoping to secure another 20-goal haul in the league for a second successive season and Rodgers believes he deserves special praise.

“He’s an incredible player. His journey is well documented but it has been interesting working with him because he’s tactically very, very good,” Rodgers told Sky Sports.

“He’s such a threat in the game with his pace and how he can link the game up and he wants to score goals. There was a fantastic cross from Ricardo [Pereira] for his first and he puts the penalty away.

“But all around, the players worked very, very hard and there are areas where we can be better. I thought at 2-0 up, we could control it better but these are things that will improve with time.

“It was a very good attacking performance. When it gets to 2-1, we had to show a reaction and it was very, very good.

“The team worked ever so hard, they were creative and we scored four goals. We could have had one or two more with a better final pass.”