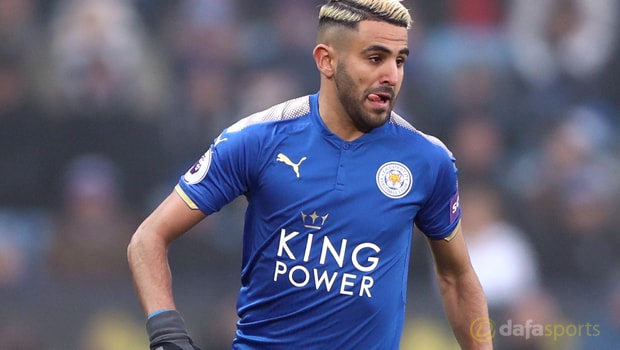 Leicester City winger Riyad Mahrez says the club have plenty to play for until the end of the season.

With the Foxes now all but secure in the Premier League following Claude Puel’s fine job in charge, they can now focus entirely on their FA Cup quarter final against Chelsea on Sunday afternoon.

Mahrez felt the wrath of some supporters following his refusal to train with the squad in the midst of a collapsed move to Manchester City on deadline day.

Since then however, he has returned to first team contention and won back some of the fans who were against him with a string of stellar performances, reminiscent of the player who won the PFA Player of the Year back in Leicester’s league title winning season two year ago. And now he is targeting and FA Cup victory to cap off another successful year with the club.

“It could be a successful end to the season because we still have eight games to go, we can still finish seventh, maybe sixth, we never know.

We have the Quarter-Final of the FA Cup and it will be very important for us to keep going in this competition because it’s Europe as well. For the club, that’s very good, so we will see next week.”

He told the club’s official website. Leicester beat lowly West Brom 4-1 at the weekend to solidify their 8th place in the Premier League, with Mahrez combining well with Jamie Vardy. Despite going 1-0 down, Mahrez says the team showed a good reaction.

He added: “We conceded early and, after that, we had to play higher in their half and that’s what we did.