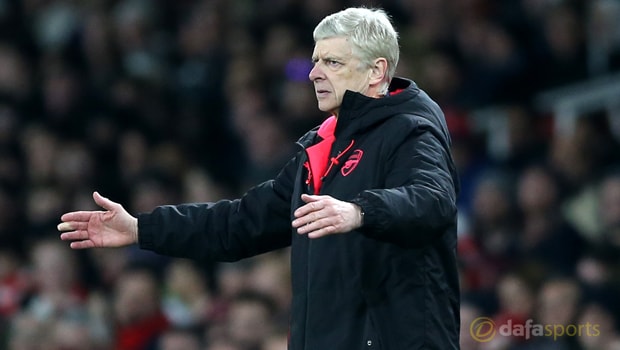 The Gunners won 2-0 in Milan in a very convincing performance as goals from Henrikh Mkhitaryan and Aaron Ramsey proved to be the difference and left AC Milan with a mountain to climb.

It silenced some of the critics following a very poor run of form which saw the Gunner lose twice in a week to Manchester City, and then to Brighton.

However, Wenger is wary of the threat AC Milan will cause Arsenal due to their deficit, meaning they will be under less pressure to perform.

In the last round, Arsenal took a comfortable 3-0 lead from Swedish minnows Ostersunds bust lost the return leg at home 2-1 and were widely criticised despite going through to the next round. And the Frenchman, who has another year to run on his Arsenal deal, says his team must be at full concentration to stop Genaro Gattuso’s men in their tracks.

“Europe gives you a psychological problem,” Wenger claimed to reporters.

“When you have won away from home, you have to finish the job at home but it is not easy because it always puts the team who is playing against you in the position of having nothing to lose.”

Arsenal have been playing in front of a sparser home crowd for the last few months due to their dwindling league position and high costs, and Wenger says it is up to his players to bring the fans back.

He added: “If there are one or two games and the stadium is not completely full, we have to look at ourselves and get the fans behind us again.”