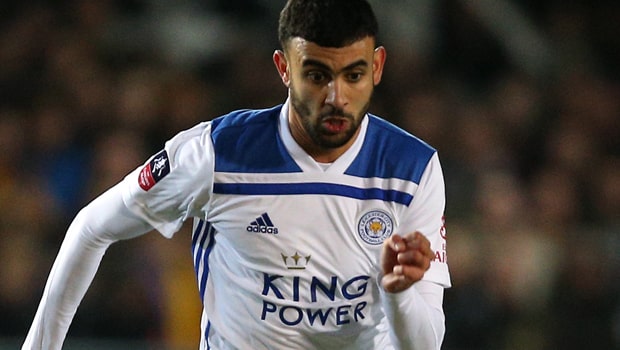 Ghezzal spoke to Algerian teammate Mahrez after the latter had departed for Manchester City in a deal worth £60m last summer.

A Premier League title winner at Leicester, Mahrez only had good things to say about the midlands club and told Ghezzal the move would suit him.

“He explained to me that this is the perfect club for me and that it will allow me to progress. As I said, it’s an ambitious club and all of this has encouraged me to come,” Ghezzal said.

The winger arrived just a month after Mahrez’s departure left a gaping hole in the squad. Having signed for £10m from Ligue 1 outfit Monaco, Ghezzal is cautious not to have himself cast as a long-term replacement for the mercurial Mahrez.

“I want to say that I did not come to replace Riyad,” added the 26-year-old. As a teenager, Ghezzal witnessed the work of current Leicester boss Claude Puel when he managed Lyon.

While it was from a distance as he wasn’t figuring in the first-team, it created a decent impression and helped to convince him Leicester was the right move.

“He was in Lyon when I was with the young people of the club. He knows my qualities and appreciates my style of play. That pushed me to choose this club,” he added.

“Also, I must admit that Leicester is an ambitious club, well structured, stable and has excellent players in its ranks. That’s why I wanted to sign here.”

Leicester are 15.00 to win their next match away at Premier League leaders Liverpool on Wednesday.