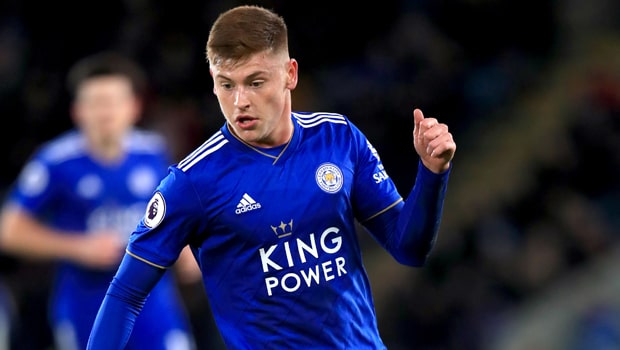 Leicester midfielder Harvey Barnes believes he has benefited hugely from his loan spell with West Brom and is now keen to test himself against some of the best in the Premier League.

The 21-year-old agreed to link up with West Brom in the Championship over the summer, having previously spent time on loan with MK Dons and Barnsley.

Barnes caught the eye at the Hawthorns, scoring nine times in 25 league games, and Leicester opted to recall him earlier this month. After impressing on his first Premier League start in the 4-3 loss to Wolves, Barnes believes he is reaping the rewards from his time with the Baggies.

Barnes told Leicester’s official website: “I think the loan did me really well in the first six months, and coming back in I’ve got a lot confidence. I feel part of the group and hopefully I can just kick on for the rest of the season now.”

The Academy graduate will be hoping to help the Foxes enjoy a strong second half of the term and they are set to be tested over the next few weeks.

Leicester return to Premier League action on Wednesday against league leaders Liverpool, before going up against Manchester United and Tottenham.

Despite the tricky run, Barnes is optimistic about their chances of picking up some points after they beat the likes of Manchester City and Chelsea in December.

He added: “This season already we’ve taken some good results against the big sides so I think we will be optimistic going into the games looking to take points out of them.”

Leicester are priced at 15.00 to take all three points away from Anfield, while Liverpool can be backed at 1.22 to win, and the draw is available at 6.00.