Patson Daka Signs with Leicester City for Deal Worth £23m 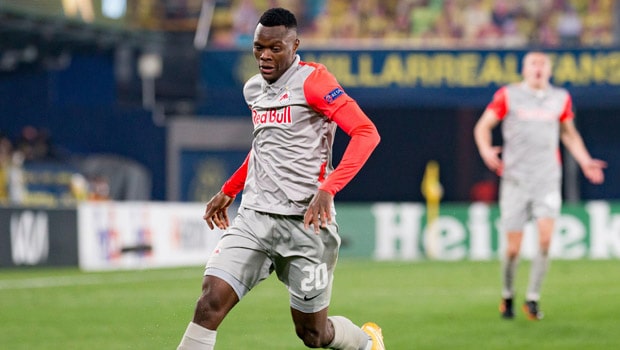 Leicester City announced officially on Wednesday the club’s signing of striker Patson Daka in a deal worth £23m.

“We can confirm that exciting young striker @PatsonDaka20 will join the Club on a five-year-deal from 1 July, subject to Premier League and international clearance,” Leicester City announced via their official Twitter page.

Daka was the Austrian league’s top goal scorer last season and is ready to build on that momentum in the Premier League.

Brendan Rodgers has been explicit about the club needing to add a striker this offseason, and the Zambian forward gives the roster exactly what it needs.

He had 34 goals in 42 appearances for Salzburg last season, in addition to winning the Austrian title.

“I have followed Leicester from the time they won the league,” Daka added. “I feel it is the perfect place for me, because it’s a team that fights for titles. I know it’s not going to be easy, but I feel ready to face this new challenge.”

Daka had been on Liverpool’s radar, reportedly, given their former-Salzburg trio of Sadio Mane, Naby Keita and Takumi Minamino. Daka also had a chance to play alongside Erling Haaland when Haaland was with Salzburg for the first half of 2019-2020 season.

The current deal is set to run until June 2026.