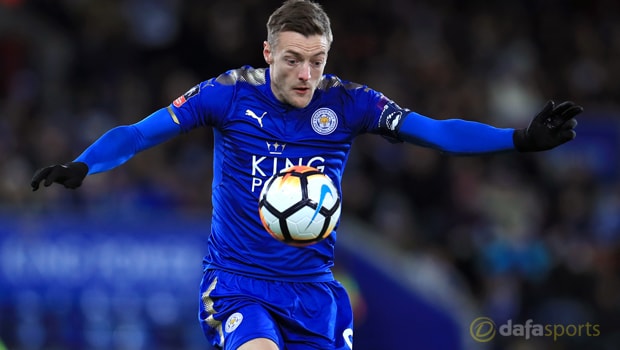 Fleetwood Town head coach Uwe Rosler says there are no special plans for how to deal with their former striker Jamie Vardy in the FA Cup replay with Leicester City.

England striker Vardy scored 34 goals in 40 appearances to help Fleetwood win promotion to the Football League before he left to become the first £1m non-league player with a move to the Foxes in 2012.

Vardy missed the scoreless draw between the teams at Fleetwood’s Highbury home with injury but, having played 82 minutes in Saturday’s goalless draw at Chelsea, he is in line to feature when his old club come to the King Power Stadium for the replay.

Rosler expects Vardy to play, but he insists his team cannot focus too much on the forward if he does line out.

“We think Vardy will play so we will play for that but we won’t focus on one particular player,” the League One club’s boss told a press conference. “We have a plan for the game and we will stick to it, optimise it and see where it takes us.”

Rosler, a former Manchester City striker, has told his players to take belief from the approach Liverpool adopted on Sunday when they ended the 30-game unbeaten domestic run of Pep Guardiola’s side at Anfield.

The German has urged his players not to come away from Leicester with any regrets over how they approached the game.

“They [Liverpool] were absolutely fearless, brave, on the front foot, and I think that is where we can learn from the best,” said Rosler.

“Why not go to the King Power and have a go and have no regrets afterwards? “We can make sure we go there and not give them too much respect. When we do our jobs well we can cause any opposition problems.”

Vardy is 3.30 to score the opening goal against his former club, while Fleetwood are 10.00 to beat Leicester in 90 minutes. The Foxes are 1.30 to win.