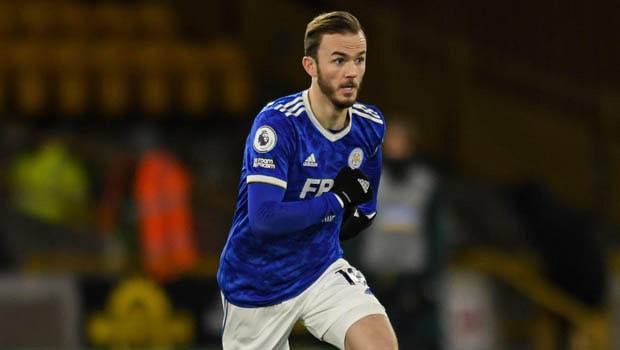 Newcastle United have returned with their second bid for English Leicester City midfielder James Maddison ahead of the new Premier League season.

The Toons have had a £40M deal rejected by Leicester City, who claims that the player is not available. After 12 goals and 8 assists last season for the Foxes, Brendan Rodgers voiced that the 25-year-old is not for sale.

Even though the stand of the player is not known yet about the possibility of moving to St James’s Park, Newcastle have gone ahead to still make a second bid irrespective with the second bid valued between 40 and 50 million pounds hoping to tempt the Foxes.

Maddison moved to the King Power Stadium with the Foxes in 2018 from Norwich City for a fee worth 20 million pounds. He signed a contract extension in 2020 and still has two years left on his contract at the club.

Incidentally, it’s the first summer transfer window ​since last October’s Saudi Arabian-backed takeover. Similarly, the club has been linked with Chelsea forward Timo Werner, although the Toons want him on a loan deal.

The German striker is considered surplus to requirements after Chelsea brought in new players, including former Manchester City striker Raheem Sterling. However, Newcastle’s move for Timo Werner could be obstructed by his wage bill.

In other transfer stories, Arsenal goalkeeper Bernd Leno is on the verge of a move to Fulham after the Gunners reached full agreement with the Cottagers for the 30-year-old German goalkeeper.

Leno has a single year left on his Arsenal contract, and his move to Fulham is set to cost them 8 million pounds with a medical imminent in the week.