Jules Kounde reveals that he always wanted to join Barcelona 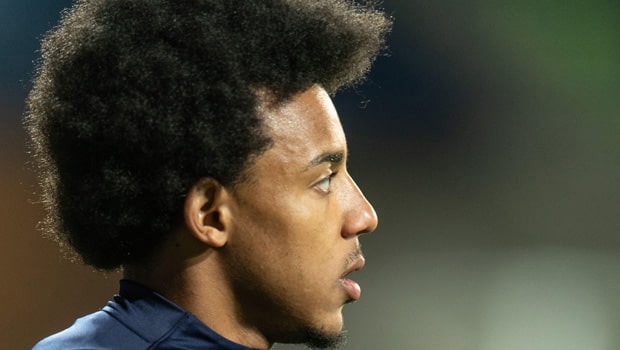 French defender Jules Kounde has revealed that his decision to join Barcelona was an easy decision to make despite the fact that Chelsea was interested in bringing him to Stamford bridge.

Kounde made the revelation on Monday when he was unveiled as a Barcelona player. The player signed a five-year contract after joining from Sevilla. He also revealed that he was patient to have both La Liga clubs reach an agreement.

“It’s true that I had another offer, but I made the effort to wait for Barca to reach an agreement with Sevilla. When I saw that it was possible, I chose Barca because I knew very clearly where I wanted to go. It wasn’t a big decision, because I wanted to come here. I’m very happy, very proud. I’m coming to a big club, an ambitious club, and I’m also coming with ambition.” Kounde said.

Barcelona signed Raphinha from Leeds United, and they were also able to secure the services of Poland forward Robert Lewandowski from Bayern Munich in a deal worth 50 million euros.

Barcelona have been active this preseason, going on a tour of the United States where they beat Real Madrid 1-0 and also faced Juventus, MLS club New York Red Bull, and Inter Miami.

Barcelona were able to get French winger Ousmane Dembele to sign a contract extension at the club, and the former Borussia Dortmund player has repaid the faith the club has in the back, having a phenomenal preseason where he has scored four goals in 5 games.

Barcelona’s first La Liga game of the season will be at home to Rayo Vallecano on the 13th of August.