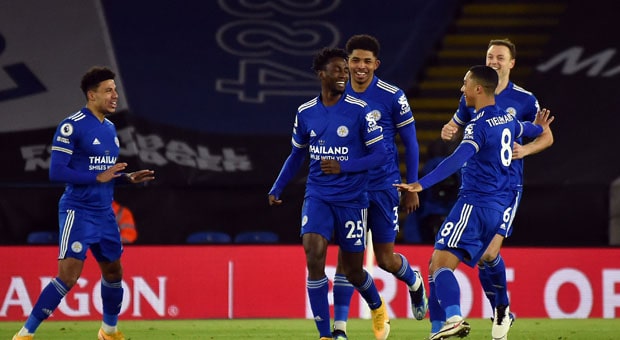 Both goals came in the first half after the Foxes extended their unbeaten run to seven games. Leicester hasn’t lost since their 2-0 reverse at home to Everton in December.

Chelsea continued their inconsistent run of form as the loss ended their 2-game winning run. The Blues have only won three times in their last ten matches.

Wilfred Ndidi gave Leicester City the lead in the fourth minute with a strike from outside the box hitting the upright before settling into the back of the net.

James Maddison doubled the advantage before halftime with his own goal as the Foxes continued to dominate the match although Chelsea had a penalty revoked after a VAR check just a minute before the goal.

The second half started with another Leicester City goal but, Marc Albrighton’s strike was penned off for offside. Luck seemed to be against Chelsea as another goal from minutes from full time from Timo Werner was canceled for offside after VAR checks.

Brendan Rodgers men now sit atop of the log with 38 points, one more than Manchester United who has a game in hand against Fulham on Wednesday.

Chelsea are now in the eighth position with 29 points, they are now 5 points away from fourth-placed Liverpool.