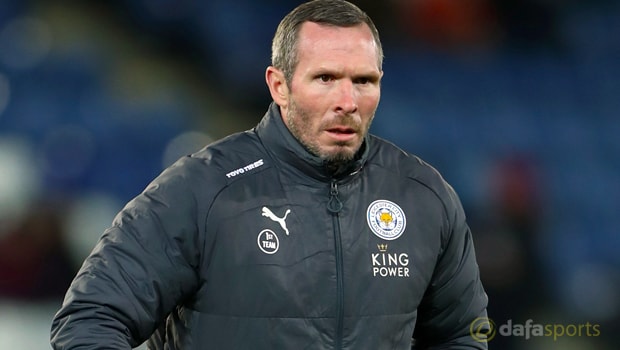 Michael Appleton says it is “always nice” to be linked with a move to a club like Sunderland although the Leicester City number two revealed his only focus is on the Foxes right now.

Sunderland suffered back-to-back relegations this season and the club, who parted ways with manager Chris Coleman recently, will be playing League One football in the next campaign.

The Black Cats are also on the verge of a takeover after Ellis Short confirmed he has agreed on a deal to sell to Eastleigh owner Stewart Donald, with ratification from the Football League required.

Candidates are already reportedly being drawn up amidst the takeover talk and several names, including that of former manager Mick McCarthy, have been linked with the vacant post at the Stadium of Light.

Appleton, who is also believed to be a target for West Brom, is said to be on Sunderland’s shortlist and it is thought the north-east outfit will approach him this summer.

When quizzed about the speculation, the Leicester assistant manager revealed it is pleasing to be linked with jobs although his aim right now is on helping the Foxes finish the season strongly.

“Sunderland is a big club and it’s always nice to be linked with clubs like that,” he told Radio 5 Live.

“Sunderland is certainly a big job and it’s nice to be mentioned as a potential candidate.

“But ultimately, from my point of view, I’ll be focusing everything I do on Leicester City until I’m told otherwise.”

Leicester return to action on Wednesday when they welcome Arsenal to King Power Stadium and the hosts are 3.60 to win, a draw is priced at 3.60 whilst the Gunners are 2.00 favourites.