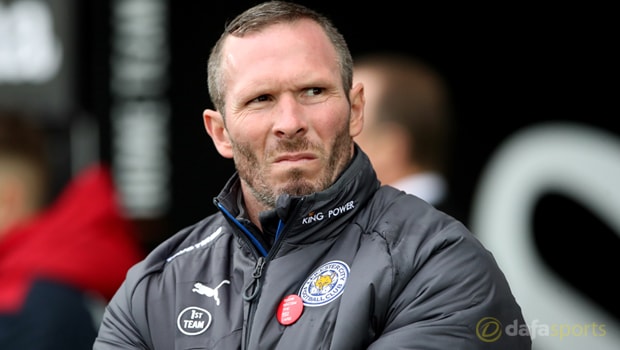 Michael Appleton believes he will be in charge of Leicester City for Tuesday’s League Cup fourth round clash against Leeds United after winning his first game as caretaker manager on Saturday.

Leicester made the shock decision to sack Craig Shakespeare last Tuesday, as the 1-1 draw at home to West Brom the day before proving to be the final straw, and several names have been linked with the vacant position.

Former England boss Sam Allardyce was installed as favourite straight away but, after he ruled himself out of the running, Wales manager Chris Coleman and Burnley chief Sean Dyche are now the leading candidates.

Appleton, who was assistant to Shakespeare, has been placed in caretaker charge and he managed to guide the Foxes to a first win in seven games away at Swansea on Saturday.

Federico Fernandez diverted Riyad Mahrez’s cross into his own net before Japan international Shinji Okazaki made it 2-0 shortly into the second-half when turning home from close-range.

Defender Alfie Mawson pulled one back for the Welsh outfit but Leicester were able to hold on and that result has lifted the club out of the bottom three into 14th position.

The Foxes are back in action on Tuesday when they play host to Leeds in the League Cup and Appleton is confident he will taking charge of that encounter.

“It feels fantastic to get the win,” he told LCFC TV.

“I had a brief conversation with the chairman (Vichai Srivaddhanaprabha) on Friday and it was brief because there’s a lot of work that needs to be done before a game.

“But the message was very clear, ‘Carry on preparing for the games ahead until you’re told differently’.

As far as I’m concerned I’ll get the opportunity to do it again on Tuesday.”

Leicester are 1.53 favourites to win the match, a draw is priced at 4.33 whilst the visitors are 6.50 to advance into the next round.