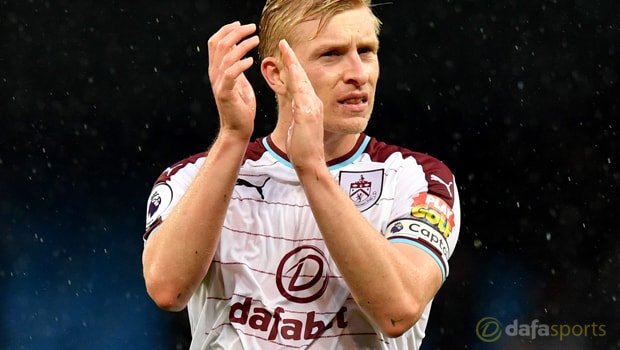 Defender Ben Mee says Burnley can take a lot of positives from Saturday’s 3-0 defeat at Manchester City and insists the confidence will not waver ahead of next Monday’s clash against Newcastle United.

Burnley had only suffered one Premier League loss this season prior to the clash at the Etihad Stadium but, despite a valiant effort, they were unable to match City’s quality.

Argentina international Sergio Aguero opened the scoring with a penalty, equaling the club’s goalscoring record of 177, before Nicolas Otamendi and Leroy Sane made certain of all three points for the hosts.

The Citizens have now moved five points clear at the top of the table, scored 42 goals in 13 matches in all competitions and equalled a club record by winning their last 11 games in succession.

Sean Dyche’s men have dropped to ninth in the standings, having amassed 13 points from nine outings, but former England Under-21 international Mee insists the confidence is still flowing despite the recent setback.

“We’ll take heart from the game. We’re disappointed with the scoreline but maybe we could have nicked something if it had stayed 1-0,” he said.

“There are a lot of positives to take from the way we have played against some of the big teams.

“It is a credit to the boys and the way we work. We will take this to heart and move on. There’s a lot of confidence in this group.”

The Clarets return to action on Monday with a home clash against Newcastle, who beat Crystal Palace 1-0 last time out, and the hosts are 2.75 to pick up all three points, a draw is priced at 3.25 whilst the Magpies are marginal 2.70 favourites.