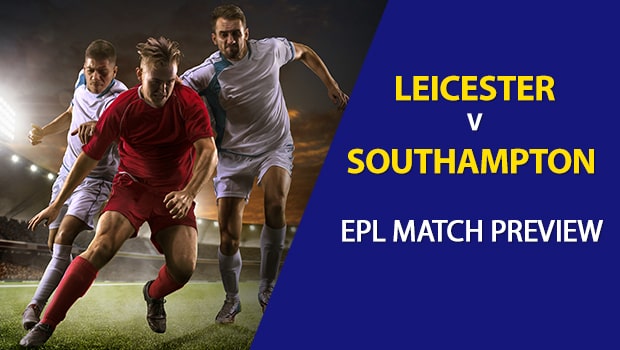 Southampton hit the road this weekend for a matchup with Leicester City at King Power Stadium.

Some Numbers: Leicester City currently sit No. 3 in the EPL with a goal differential of +27. They have 14 wins, 3 draws and 4 losses on the season so far.

Better Defense: Southampton’s Alex McCarthy is currently No. 25 amongst active Premier League goalies in terms of goals surrendered per 90 minutes. He gives up 1.41 goals per 90 mins for his career.

For Southampton, Danny Ings has a 33 percent chance to score. He averages 2.16 shots overall per sim, 0.91 shots on goal per and 0.4 goals per sim.

Make sure to check all other MLB, NFL, NCAA, NHL, NBA and soccer game predictions from AccuScore