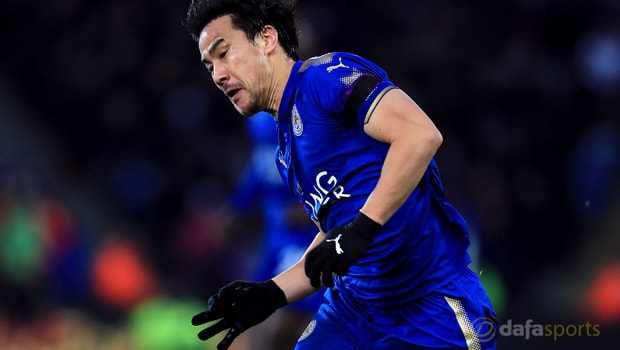 Japan international Okazaki has missed the Foxes’ last three matches due to a knee injury, but he resumed first-team training this week and Puel has now revealed the forward could figure against the Cherries.

“He came back this week with the squad and we will see tomorrow if he can come into the [matchday] squad for the next game or not,” Puel told reporters. “I will see if he is match fit or not.”

Leicester have failed to win either of their Premier League matches during Okazaki’s absence, although they did progress through in the FA Cup, and the 31-year-old’s impending return will certainly boost the Foxes, as he has netted six goals from just 14 league starts to date this term.

Puel has no fresh injury issues to contend with heading into the weekend, as Leicester go in search of their first Premier League triumph over Bournemouth, although both previous meetings at the King Power have ended all-square.

The Foxes will start the contest four points clear of their opponents. in the standings, but Puel has been impressed by the performances of the Cherries over recent weeks.

“I think they play in the same part of the table like us,” Puel added.

“They play good football, on the floor with a good spirit but also a good character.”

Leicester are priced at 1.83 to secure a victory from Saturday’s contest, while Bournemouth are available at 4.33 and the draw is on offer at 3.75.