Kell Brook out to prove himself

Posted by Vincent Henderson on March 3, 2018 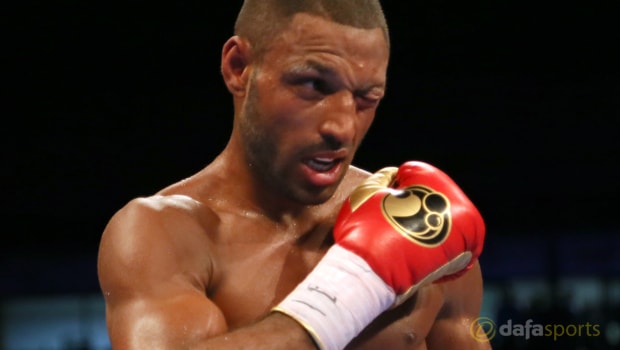 Kell Brook says he is ready to prove he can still cut it at the top level when he returns to the ring on Saturday.

The ‘Special One’ is set to face Belarussian Sergey Rabchenko for the WBC Silver light-middleweight crown and has a point to prove after losing on his last two outings.

His first defeat to Gennady Golovkin saw him move up to middleweight, meaning he was always going to struggle, however, his second reverse to Errol Spence cut him deep as he lost his IBF welterweight title.

Brook has since undergone surgery on his eye sockets and has been remodelling his style to both protect himself and suit him as he steps up to light-middleweight.

The 31-year-old is 1.07 to win the fight and 1.60 to do so by Knockout, Technical Knockout, Disqualification or Technical Decision.

Ahead of his return to the ring in front of his hometown crowd in Sheffield, Brook admits he is excited about putting his new skills to use as he looks to get back to winning ways.

“The first one I jumped up to middleweight from welterweight against the most feared man in world boxing in Golovkin, so you can’t really take that as a loss really as it wasn’t my natural weight and it was a risk.

“Losing to Spence is a different kettle of fish as it was at welterweight and the other eye got smashed in and I lost my world title. That really hurt me badly, it took me a long time to get over that.

“I want to show everyone that I can still perform at a very high level and that I’ve still got it. I can’t wait to test out my new skills at a higher weight.”