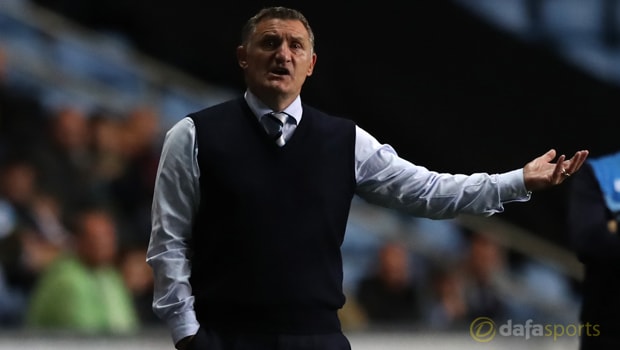 Blackburn boss Tony Mowbray believes Sunday’s clash with fellow promotion hopefuls Wigan could prove to be a ‘defining’ game in their season.

Rovers will head into the fixture at Ewood Park on the back of four consecutive League One victories, the most recent of which came at AFC Wimbledon on Tuesday.

That impressive run of form has catapulted the Blue and Whites to the top of the standings and they are currently six points clear of third-place Wigan, although Latics do have four games in hand due to their recent heroics in the FA Cup.

The current standing of both sides has, therefore, put greater emphasis on Sunday’s match and Mowbray believes a victory for Blackburn could prove to be a decisive moment in their season.

“It’s good to be at the top but we’ve got a defining game against Wigan to come this weekend,” the 54-year-old told reporters.

“Who knows when they’re going to fit in those four extra games, and with the cup game that could be five games, but that’s not our problem.

We just have to keep winning our games as they come along and the next one is a big one.

“If we can win that, they’ll look at the table and see that they’d need to win most of their games in hand to go back to the top.”

The reverse meeting between the two sides ended in a 0-0 draw at the DW Stadium in October, but Blackburn are priced at 2.63 to secure a victory this time around, while Wigan are available at 2.70 and the draw is on offer at 3.25.