Leicester City’s Wilfred Ndidi ruled out of the season 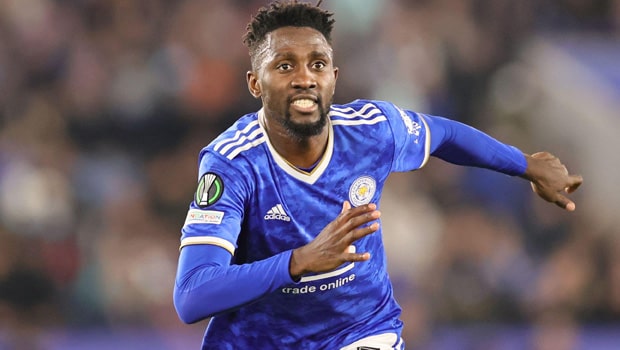 Leicester City manager Brendan Rodgers has confirmed that Nigerian midfielder Wilfred Ndidi will be unavailable for the Foxes for the rest of the season.

Brendan Rodgers stated that the Nigerian who got injured some few weeks back had surgery which means he will be out until next season.

Ndidi got injured in Leicester City’s UEFA Europa Conference league game against French side Stade Rennes which ended in a defeat. In March, the midfielder limped off in the 2-1 deficit and subsequently missed Nigeria’s FIFA World Cup play-off matches against Ghana.

“Wilfred Ndidi will be out for the season, it’s a shame for us, but he’ll get ready for next season. It’s unfortunate; He’s been a brilliant player for me in my time here. He picked up a nasty injury that has had to have surgery on, and he’ll recover now until June.” Leicester boss Brendan Rodgers said

Ndidi has 19 appearances for Leicester City this season in the Premier League, but with the injury, he is expected to recover and return in June.

Indeed his absence will be a huge blow for Leicester City, a team that is seated in 10th position on the Premier League table with 36 points from 27 games.

The Foxes will resume Premier League matches this weekend after the international break when they face Manchester United at Old Trafford.

Their last game was a 2-1 success at home to Brentford before the international break.

In other matches on Saturday in the Premier League, Liverpool v Watford at the Anfield stadium, Chelsea will host Brentford at Stamford bridge, Brighton will welcome Norwich, Burnley will be at home to Manchester City.