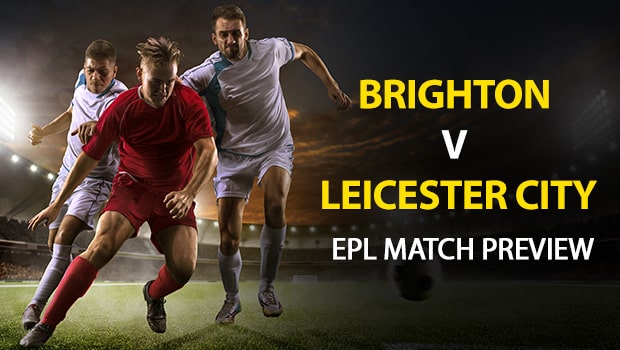 Brighton & Hove Albion look to get back on track after a road loss vs Manchester United their last time out as they host Leicester City Saturday afternoon at Amex Stadium.

Some Numbers: Leicester and Brighton are No. 1 and No. 2, respectively in the league with total tackles recorded. We’re expecting some aggressive defense in this matchup.

Jamie Vardy has a 33 percent chance to score for Leicester City. He averages 1.8 shots overall per sim, 1 shot on goal and 0.4 goals per sim.